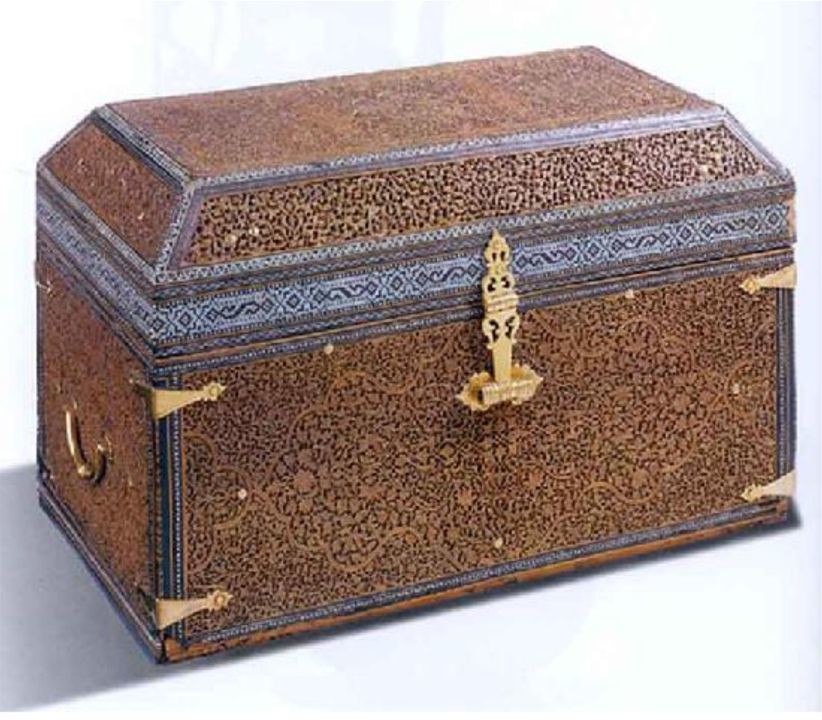 Seljuk Turks excelled in the working of stone and wood. The most important of the woodworking techniques was called kundekari where pieces of shaped wood are interlocked through rabbeting and mortising, without the use of any nails or glue. Before shaping, the wood was carefully treated so that it would not dry out and shrink later on. Individual pieces were cut and carved into octagons, diamonds, stars etc. according to the design intended. The composition was than framed and backed. Another Seljuk woodworking technique, popular in doors, shutters, reading desks and sarcophagi, was sunk relief where the motifs were carved into the plane of the surface. The reverse of the technique in which the motif stands out of the plane was used in calligraphic friezes and decorative borders. Latticing and openwork was developed to a high art, producing lace-like traceries in wood. Beveling, a technique favored in earlier Central Asian Turkish Art was used not as often.

Walnut, apple, pear, cedar, oak, ebony and rosewood were the most popular raw materials, depending on the technique to be employed. Anatolian Seljuk wood workmanship produced its most mature examples in both quantity and quality by combining the styles and techniques brought by the Turks to Anatolia with local styles of decoration in a new synthesis. A rich decorative style is observed in this period, consisting of floral and geometric designs, inscriptions and, albeit fewer in number, figural images as well. In Anatolian Seljuk wood workmanship, carving is the technique most appropriate to, and most frequently employed for, the decorative style in which thuluth inscriptions and palmette and half-palmette motifs are often used amid rumî branches and tendrils. Decorations incorporating geometric patterns also occupy an important place in Seljuk wood workmanship. The ‘kündekâri’ technique is used especially on large surfaces such as doors, shutters, pulpits and wood panelling. Pieces of wood cut in lozenge, star or octagonal shapes are joined together inside regularly hollowed out strips of wood in an interlocking pattern.

The art of woodworking, which is observed both in architecture and on decorative objects, produced some of its most beautiful examples in the Ottoman period. We see it in architecture in columns and beams; as decorative elements on doors and shutters, pulpits, mosque niches, ceiling ornaments, and balcony railings; on furniture such as lecterns, Koran stands, turban stands, trousseau chests and tables, and as accessories. The professional organization of wood workers, the foundations of which were laid by Sultan Mehmed the Conqueror in Edirne in the 15th century and completed by the end of the century during the reign of Sultan Bayezid II in the establishment of the Privy Architects’ Hearth in Topkapi Palace, were influential in determining the artistic style of Ottoman wood workmanship. When we consider that Mimar Sinan, who was trained by the Hearth, which was responsible for carrying out and overseeing all construction activity in the Empire, first learned carpentry here before architecture and that Mehmed Aga and Dalgiç Ahmed ÿavus also learned mother-of-pearl inlay here, the importance given to wood workmanship in Ottoman art is readily appreciated. In terms of style and technique, the loveliest and most magnificent examples of wood workmanship are seen in the 16th and 17th centuries. A rich combination emerges with the addition of ‘hatayi’ and other naturalistic floral motifs to the ongoing Seljuk tradition of intricate vegetal decorations consisting of rumi-palmettes and curving branches. 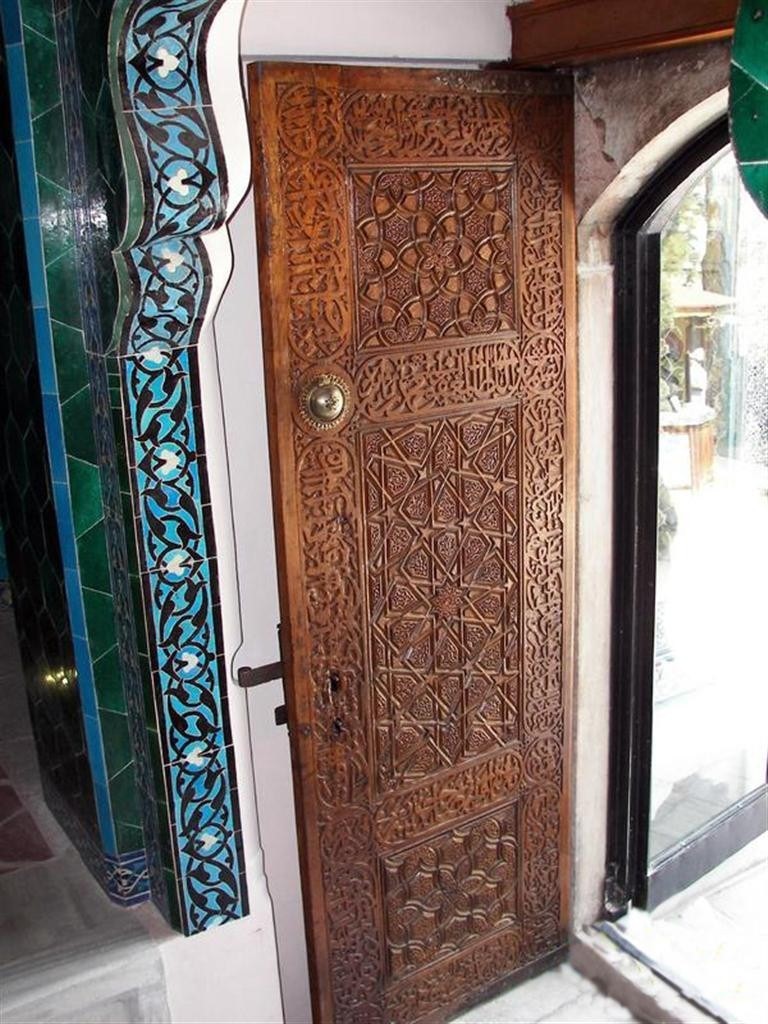 The technique of lacquering is conspicuous in Ottoman wood workmanship of the 17th and 18th centuries. This technique, numerous examples of which are encountered in Edirne especially, is for this reason also known as ‘Edirnekâri’. The application of this technique, which, besides wood, was also employed on cardboard and leather, is difficult and painstaking work. When all the irregularities have been smoothed out of the material to be used, a layer of varnish is first applied to prevent the surface from absorbing the paints. After drying, the decoration is applied in gold leaf or paint of various colors. When the paints have dried, the surface is again varnished; this procedure is repeated several times. The Rococo style, which arose as a style of architectural decoration in the palaces of France in the mid-19th century, also exhibits its influence in Ottoman wood workmanship, as in every branch of Ottoman art, as ‘Turkish Rococo’. On small-scale handicrafts, the classical Ottoman decorative motifs give way to floral bouquets, represented naturalistically in a vase, acanthus leaves, C- and S-curving branches, ribbons and bows.

Unable to withstand the ravages of time, most objects made of wood have failed to survive to our day. Nevertheless, you may still see some of the finest examples of wood workmanship from the 8th up to the end of the 19th century in the Museum of Turkish and Islamic Art.