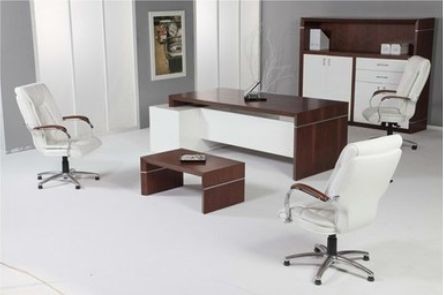 Turkish furniture sector is a strategical sector especially due to reasons such as foreign trade surplus it s and the employment opportunities it generates.  Despite increasing global competition, it is also seen that it has improved its competitive status in time (TUSIAD, 2006). Turkish furniture sector transforms relatively traditional law technology and capital as well as labor dense inputs into information and capital dense form in a rapid way and it proceeds as being a self-developing sector.

In recent years furniture sector bears strategical importance for the country with its success that is based on exports. Contribution of sector to economy has shown a rapid growth in the last 10 years. Besides Turkey’s being a rapidly growing country, also due to increasing urbanization furniture demand increases in a parallel way. Due to reasons such as housing, new marriages, styles that change with fashion, and changing of old furniture, demand for furniture keeps on increasing every day.

In 2016 Turkish furniture exports reached to nearly 2.257 billion dollars and exports were made to 225 countries in total. In years of 2015 and 2016, declines of 6% and 1% were seen respectively. Exports being made to the first 25 countries was 1.798 billion dollars and this corresponds to 83.4% of total exports. As per monetary values the first 5 countries on the list are Iraq, Germany, Libya, Azerbaijan and France. The biggest increase in exports was seen in Israel (%48,4), Romania (%26,8), and Qatar (25,4). Countries with serious declines were ranked as Egypt (%50,8), Russia (%49,7), Azerbaijan (49,7), Kazakhistan (%48,4), Turkmenistan (%45,5,), and Libya (41,6). When the countries in decline are analyzed it is seen that they were countries showing rapid development in construction area in the last 10 years and that they have entered recession and thus, it is considered that this situation should be part of future projections relating with the sector.

While in 2016 Turkey’s exports were at the level of 2.234 billion dollars and Turkey received a share of 1.31% in global furniture exports, it ranked as the 14th country.

In global furniture exports China is the leading country with a share of 35%. China is followed by Germany, Italy, Poland and USA. While Turkey ranks in 14th row in global market, it is the 6th country realizing highest exports in European ranking. When declining and stable export values of European furniture producers and increasing values of Far East countries are considered, it could be stated that production center has shifted to the east. But even though it is still significant since labor prices in China increased tremendously country’s ability to competitive prices is influenced from this situation. Especially increases in countries such as Taiwan (Taipei) gives the impression that Chinese furniture producers have shifted to these countries.  Similarly the increases occurring in Sweden, Poland and Lithuania attract attention. It is seen that IKEA being one of the 3 biggest global furniture producers is being active in these countries.

Annual furniture imports of Arabic countries is nearly 20 billion dollars and 926 million dollars of this figure is met by Turkey. In years of 2015 and 2016 declines of %3,6 and %5,9 were observed respectively. Countries showing increases in exports are Yemen, Jordan, Morocco, Oman, Mauritania and the most important buyer in the sector is Iraq which has formed 19% of the market. Countries showing decline are ranked as Egypt, Libya, Syria, Tunisia, and Somali.

By exporting 34 percent of the produced office furniture, for a period of more than 15 years foreign trade surplus is obtained in a regular and continuous way. Today Turkey realizes 1.4 percent of global furniture exports and it is the country ranking in 12th row as furniture exporter. In global furniture consumption it ranks as 14th country. Due to the decreased VAT ratio in the country in 2017 capacity usage ratio has reached to the level of 76.8 percent. Expenditures relating with investment for R&D and designing that are supported by government with various incentives in recent periods, has been 12 million TL in 2009 and it has reached to the level of 17.8 million TL with an increase of 25 percent. Currently there are 7 pieces of design and 9 pieces of R&D centers. These studies show that future of sector will better than today and that figures will increase regularly in each year.

In summary with many sharers in the country’s economy furniture sector has set targets for achieving production volume as relating with engineering, architecture, construction and forestry and as being parallel to the developments it has become a self-renewing sector with advance vision approach.

Regional distribution of the sector:

First 11 cities where employment is dense in furniture sector are ranking as Istanbul, Bursa, Kayseri, Ankara, Izmir, Kocaeli, Antalya, Duzce, Sakarya, Mersin and Hatay and the cities where employment is least are ranking Ardahan, Bayburt, Tunceli, Gumushane, Agri, Hakkâri, Edirne, Igdir, Kilis and Van. While employment per enterprise in the sector is 4.07%, average figure of cities ranking in first ten rows is 8.0%. Both of these average figures are below country’s average employment in production sector with a ratio of 9.2%. With respect to employment ratios per number of enterprises in cities the city with highest ratio is Duzce as having a ratio of 21%, being followed with Kayseri with ratio of %20, Bursa with ratio of %11,5, Kocaeli with ratio of 12,6, and Sakarya with ratio of %8. While it attracts attention that there are no furniture producers in Ardahan which is one of the cities with lowest ratio, in the other 9 cities number of furniture producers and employment are significantly limited.

In Istanbul region although furniture sector has distributed to various places, the most important two centers are Masko that is located in Ikitelli Organized Industrial Zone and small industrial site Modoko. IMOB which is one of the 3 most prestigious furniture fairs in the world is being organized in Istanbul in the month of January in each year with participants reaching to numbers above 100 thousand. Besides starting from the year of 2016 another international furniture fair is being organized in Istanbul. With employment level of 6.4 people per enterprise on the average, it has an employment structure which is below the average of general production sector in Turkey.

When Turkish furniture sector is evaluated as per product groups, growths are observed within years of 2010-2014 between ratios of 8% and 18%. But in the years of 2015 and 2016 decreases of %1 and %6 were observed respectively. According to the values of 2016 highest exports were realized with the amount of 1,2 dollars in products having customs tariff number of 9403 and lowest exports value was realized in the product group having customs tariff number of 9402. Although export ratios of Turkey have increased significantly as per product groups, its volume remains to be low with respect to competitor countries realizing global furniture exports. It can be stated that tax ratio of 50% that is placed in 2015 on products which are imported from Far East countries, has strengthened the local enterprises in the domestic market.

1.5. R&D and Technology Activities in the Sector

In the big scale enterprises in the sector it is benefited from advanced production technologies. With the participation of large scale companies, in furniture production industry, technological activities, research and development studies, design and branding became the most important particulars of competition. These parameters are directly linked with the development of the sector.Patents and brands are the concrete indicators relating with research and development and technological follow up.

Even though office furniture production in Turkey has passed on to modern lines after 1980s, relating with furniture production based on design with the passage to settled communal living and especially in the Ottoman period relating with the palace furniture many seats, chairs, and wooden bedrooms being produced by the artists of those times can be seen. Especially in Dolmabahce Palace and Yildiz Palace in the rooms of sultan and the relevant spaces and in guest hosting halls various examples can be seen.

Similarly by reviewing the documentation of modern furniture that are produced in Turkey between years of 1930-1975 we can also see the seats and couches the designs of which can also be seen in our time.

Wooden weighing seat which is designed especially for Ataturk, which he used for his personal bath and during his period of illness.

Music box that is in the working room of Ataturk, on which there is a fixed radio and record player.

This ebony coated nightstand attracts attention with its simplicity, rounded corners, and design features such as emptiness and fullness.