WASHINGTON – Furniture manufacturers and retailers woke this morning to the reality of 25% tariffs on some $200 billion Chinese imports, including furniture and key components, accelerating the quest for natives that has been underway since an initial round of 10% tariffs were imposed last fall.

This effort has seen a large number of companies announce plans for manufacturing and warehouse facilities in Vietnam, with Malaysia, Mexico, India and Indonesia also emerging as potential natives. However, even the most optimistic assessments have described these as longer term solutions, a prospect that was wiped out by the speed with which the current tariff situation emerged.

As little as a week ago, expectations were high that a deal between China and the U.S. would be reached, negating the potential for higher tariff rates. However, since that time negotiations appear to have moved backward, and last Sunday President Trump tweeted the intention to impose the 25% tariffs that five days later became a reality.

We, like everyone else, were hoping this wouldn’t happen. Obviously, we thought this was a future thing for the past several months and are somewhat surprised by the speed at which this most recent change happened,” said Randy Spak, president of American Furniture Manufacturing. “In the short term, we’re going to analyze our supply of kits on most SKUs and talk to our suppliers to see if there is any opportunity for offsets before we determine the next steps. 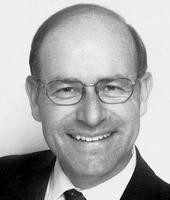 “In the longer term, if the 25% tariffs were to remain in place, say for six months or a year, we would need to explore native sourcing.”

Case goods and upholstery resource Caracole said that it is looking to implement what it calls a temporary price increase/surcharge on Chinese-made goods from an original 3% to 10%, effective June 1. But it also is hopeful that the two countries can reach a compromise on the issue before then. 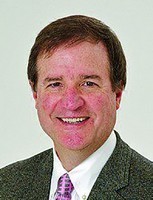 “In spite of this latest tariff increase, our management team remains wholly optimistic that the two parties will soon be able to agree to a mutually beneficial compromise on the key trade issues facing both countries today,” said Jeff Young, chairman of Caracole International. “In fact, while we are fully cognizant of the retail impact on all goods subject to this increase, we do feel that these additional tariffs will actually serve to facilitate a more rapid conclusion to the current obstacles affecting trade between China and the U.S.”

Andy Stein, CEO of accent and dining furniture resource Coast to Coast Imports, said that the company is looking at implementing a 5% increase on Chinese-made goods, which represent from 30% to 40% of volume. But as of Friday morning, it hadn’t made a decision yet.

Up to this point the company has been eating most of the 10% tariff that went into effect last September, with factories covering perhaps a couple of points. But he said the factories can’t absorb more than that. “It’s definitely a problem,” he said of the increase.

That said, Stein still believes China product represents a great value, particularly in terms of its ability to deliver quality goods in a timely fashion. 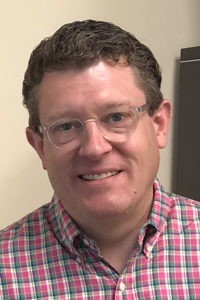 Jamie Collins, executive vice president of case goods and upholstery importer Homelegance, said the company has already been preparing for the increase and has implemented whatever steps it could.

“However, replacing upholstered and l products is a challenge because so much of the production of those items still resides in China,” Collins. “Other source countries like Vietnam and Malaysia will face labor shortages, longer lead times and price increases. Overall, the price increases and long lead times we face are not good for our retailers or the consumer.

I am hopeful the 25% rate is temporary, but we continue to work towards the best possible options to replace our China production.”

Other manufacturers noted that the speed with which the trade negotiations reversed themselves resulting in a very short notice tariff increase and providing them with few levers to pull in the effort to avoid potential price increases.

Which goods are subject?

There also appears to be some near-term confusion over the extent to which goods on the water will be subject to the price increase. A directive from U.S. Customs and Border Protection indicated that “for subject goods entered for consumption or withdrawn from warehouse for consumption on or after 12.01am eastern standard time on May 10, 2019, the 10% duty will still apply.”

However, the law firm of Mowry Grimson has subsequently issued an advisory stating “Although the government has confirmed to us that the higher 25% duties are not intended to apply to goods that were ‘exported’ to the United States before May 10, 2019, we are hearing from Custom and Border Protection (CBP) that its internal system will impose the 25% duties as of 12:01 a.m. on Friday. In other words, CBP tells us that its system is already triggered to begin collecting the higher duties, and even CBP itself has no way to correct this error at the current time.

“CBP has advised us that it suggests trying to delay making entry as long as possible to give the government a way to change its system to maintain the 10% duty for goods exported prior to May 10. As of now, CBP tells us that when importers enter List 3 goods that were exported prior to May 10, they will be compelled to pay the 25% tariffs. CBP has suggested to us that the remedy for importers would be to file a post summary correction to try to obtain a refund of the excess 15% duties once the government has implemented a fix to the current problem. All government agencies have confirmed to us that the 25% tariffs will ultimately only apply to List 3 products exported on or after May 10. As you can see, however, in the interim there is a delay in implementation of the correct collection of the tariffs by the government.”

Retailers reached by Furniture Today at this writing appear prepared to adapt to the changing situation.

Jake Jabs, CEO of Englewood, Colo.-based American Furniture Warehouse, said, “They kicked the can down the road for another 30 days” since the tariffs don’t apply to any goods already on the water.

He said he’s not hopeful any settlement will ever be reached with China and believes production eventually will go to the countries that can build it the cheapest. But suppliers need not worry about AFW’s commitments even it includes the tariff increase.

“We’re not going to cancel orders,” Jabs said, adding that this is one of the reasons his company is able to get better prices, along with its promise of no chargeback or returns to vendors.

We’ll just figure it out,” he said. “We might have to work on a shorter margin on some of that stuff for a while. But we respect factories and our relationship with them.

“It will be a little glitch. We might not make quite as much money for a few months, but long-term, if they stay in effect, the production will move somewhere else,” the same way bedroom moved to Vietnam after the United States imposed steep duties on Chinese imports more than 10 years ago.

Before the duties, AFW was sourcing 22 bedrooms groups from China. “Today, we buy zero bedroom sets out of China,” Jabs said.

Indeed the Chinese goods AFW sources these days are primarily smaller, inexpensive doorbuster items, such as jewelry armoires and chests. The previous 10% tariff didn’t do much damage to the price or business as manufacturers and a devalued Chinese currency ate up the bulk of the increase, he said.

Jabs doesn’t expect much of an impact from 25% tariff on these kinds of items either for some of the same reasons. But 25% on the $300 sofa is another matter. That will make U.S. production more competitive, he said, while what is currently produced in China gradually moves to other lower-cost countries. 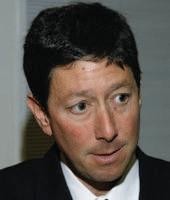 Jeff Seaman, CEO of Seffner, Fla., based Rooms To Go said he was a bit surprised by the move, and believed a deal would have been struck before the 25% rate took effect.

“In the short run, it’s extremely disruptive if there is no resolution by the time the goods arrive,” he said.

But by that, Seaman means disruptive to the overall Chinese supply chain — and primarily the upholstery category since most case goods already have move out of the county. For the product RTG still buys from China, part of the previous 10% tariff was absorbed by manufacturers, some by RTG, and some was passed on in the form of a price increases. If the new 25% rate stays in place, Seaman believes Chinese production will definitely move because “It’s too risky for (manufacturers) to stay there.”

But for RTG, “we take it as it comes,” he said. “There’s really no disruption. We just buy what we need. … We’re always surveying the field, looking for the right value no matter where it is.”

The tariff increase, should it stick, may necessitate some near-term changes to the RTG’s promotions for the summer, but even there, Seaman said, there’s still time to wait and see before making any needed adjustments.